Best of both worlds: combining natural grass with woven turf

Hybrid turf has been around for many years and has proven its worth to various football and rugby clubs worldwide. This technology combines the playability of natural grass with the strength of synthetic turf, shortening recovery time and increasing the number of playing hours on a pitch. 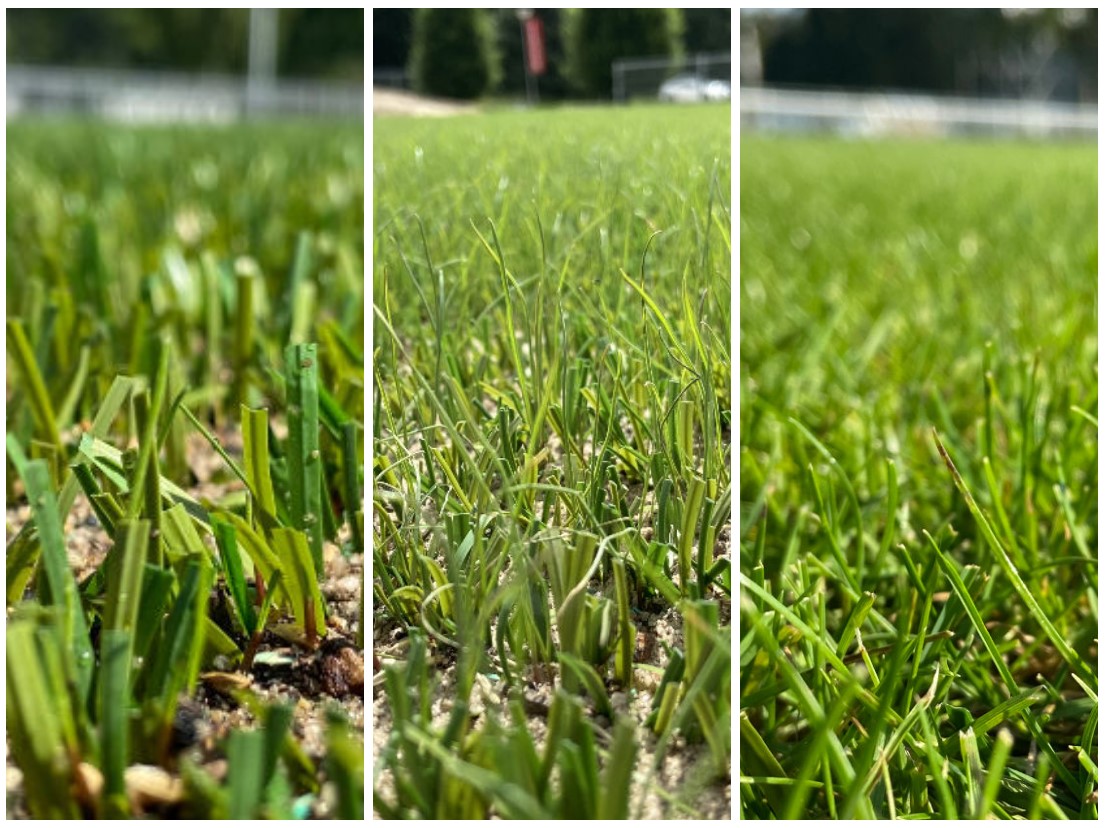 For about ten years now, TenCate Grass has been combining hybrid turf technology with patented weaving technology into XtraGrass. This product literally joins the best of two worlds. As an “open” synthetic turf carpet, XtraGrass has synthetic fibres woven into a partly biodegradable backing system, allowing for a combination of strength and natural playability.

Rootzone mixture in and under the turf

Once the “open” turf-carpet rolls are installed onto a special rootzone mixture, they are sewn together. Subsequently, the whole turf is dressed with a layer of the same rootzone mixture. After brushing up the synthetic fibres, the pitch is now ready for seeding (see left photo in header).

An essential next step is irrigation, which promotes the natural grass’ germination. Within just one week, the first natural grass shoots will show as they grow between the synthetic fibres, with the roots growing through the open backing. This natural grass can develop even better because we use the same root zone mixture under and on top of the turf. Instead of layering, this ensures uniformity of the turf in the result. Within two weeks, the turf looks like the second above.

During the first few weeks, the biodegradable part of the backing  degrades. What’s left is a backing that allows for optimal natural grass to grow through the open backing. This creates a very strong and stable root zone, contributing to XtraGrass’ unique features and performance.

Players will not be aware that they are playing on a hybrid XtraGrass field, except maybe for the higher stability and consistency in comparison to a regular natural grass field’s. Stability is improved both by the woven synthetic turf fibres and the natural grass growth through the open backing structure. A player won’t tear out big chunks of grass, roots and sand when sliding.

The synthetic turf fibres in XtraGrass are woven into a matrix backing structure, thus creating anchored fibres. The tuft lock is exceptionally high, even over 50Nm. The synthetic fibres don’t wear as much because a player plays on the natural turf, extending the field’s life span. Experience has shown that even ten year old XtraGrass will stay functional for several more years. Both the synthetic fibres and their backing are made from the same polymer family, making it easy to recycle at end-of-life. In addition, installing XtraGrass involves sewing: no glue is used. This contributes to the system’s durability.

Our XtraGrass expert, André Wolbrink, often says: “Keep in mind that XtraGrass is mostly a natural grass product. Proper maintenance determines its lifespan. If the natural grass wears out, you can re-sow it while you can continue to play. With our current knowledge of maintenance and machines, we can optimize XtraGrass’ life span. Clubs such as PSV have been using XtraGrass at all levels for years now.”

The next generation of synthetic turf: the future of non-fill systems