In 2026, New York will be one of the cities hosting the FIFA World Cup. With kids playing in European club shirts, many new pitches being installed and football balls flying around everywhere, the city is showing a surprising fondness of football.

Football – or soccer in the USA – traditionally misses a spot in America’s top 3 list of favourite sports. But in a nation that loves dynamic sports involving a ball and two teams – American football, baseball, and basketball – football is never far behind. In recent years, football has become increasingly popular. Not to forget, the American Women’s Team is the current Women’s World Cup holder!

With the 2026 World Cup approaching, New York is seeing a new generation of children getting acquainted with football, and many recreational players seeking each other out to play. The number of pitches is growing fast, making New York a thriving football city.

Playing football in New York is possible at the most beautiful locations because of the use of synthetic turf. Space is scarce in the city, but a little ingenuity is helping football to grow fast: pitches now appear on roof terraces, in parks and under bridges. (Source: de Volkskrant)

New York’s transformation is not unique: with the help of synthetic turf, various other American cities have recently become very football-minded. In fact, in cities around the world – and anywhere where space is limited – the use of synthetic turf is helping football grow in densely populated areas. One huge advantage of synthetic turf is that it offers an unlimited number of playing hours. In other words, without synthetic turf, there is not enough room for everybody to play. 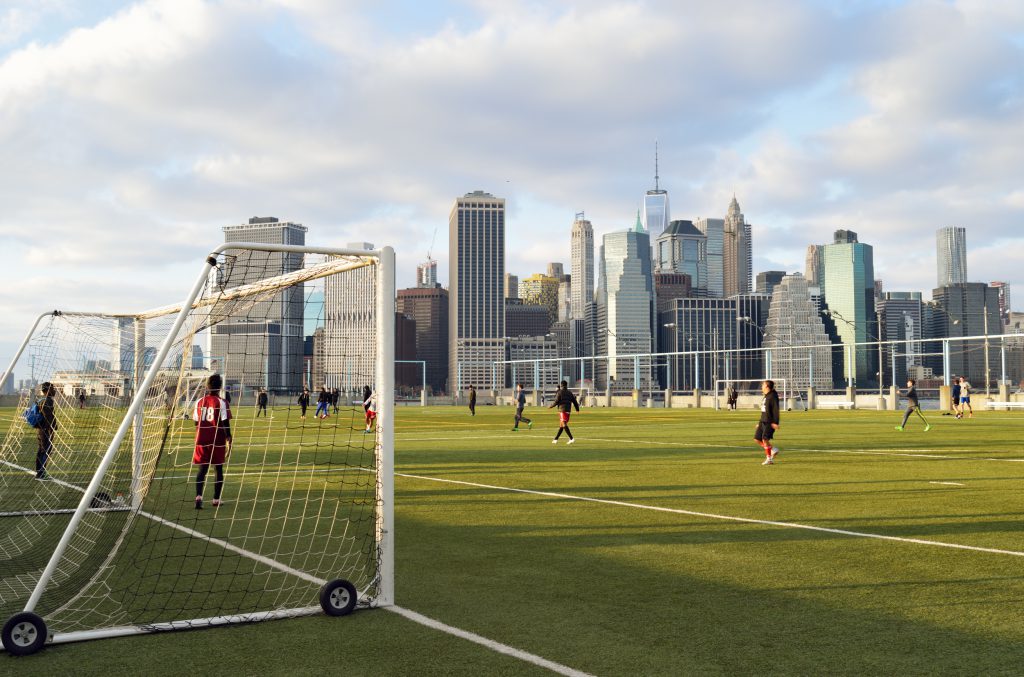